In April 2020, I was privileged to undertake a research project with Agriterra cooperatives in Uganda as fundamental organisations in smallholder agriculture in developing countries. With the rising and immeasurable effects of climate change in such economies, cooperatives urgently need to compete as more ecologically as compared to their current economic and social targets. With the deteriorating living conditions for agricultural dependent households owing to the declining productivity, quality and quantity of agricultural land resources, carbon farming interventions provide a promising outlook for smallholder farmers and their cooperatives to adopt and scale up carbon farming practices within their farming systems.

However, they have not been adopted widely nor implemented properly which poses a dilemma for implementation and scaling by the community of practice such as Agriterra. The study sought to investigate various carbon farming practices under cropland management, their economic, ecological effects and trade-offs while exploring opportunities for financial compensation from carbon farming applicable credit schemes, methodologies, entry requirements and risks for cooperatives.

The study discovered that at least each of the organic, conservation and integrated farming practices examined were practised by farmers in cooperatives with compost, crop rotations and intercropping as the most applied carbon farming practices and biochar, cover crops and agroforestry being the least applied. The study also discovered that combinations amongst carbon farming practices had the highest results although economic parameters were scored higher than the ecological benefits in the farmers’ perspectives. The study revealed farmer bias towards more tangible economic and ecological benefits such as yield, income and reduced input use and improved soil quality, water holding capacity and pest, disease and weed control respectively. Intangible ecological effects such as carbon sequestration, pollination services and biodiversity seemed not to be a part of the farmers’ life and as such economic trade-offs outweighed ecological trade-offs. Multiple ecological benefits largely depend on increase financial investment with chances of adopting practices that seem profitable to farmers. However, the study discovered that the benefits were influenced by the way farmers’ nutrient, weed, pest, disease management and access to water for crops.

Consequently, voluntary carbon credit schemes were the most suitable standards with methodologies which can be used and/or blended for cooperatives implementing carbon farming. The most identified requirements for cooperatives to participate in carbon credit schemes were through an intermediary with high financial and technical competences and farmers increased awareness, extension and behavioural change. Other emission factors in the farming system, farmers’ short term money requirements and entrepreneurial risk for intermediaries were the most pertinent risks identified. Thus, the study opens up opportunities for in-country carbon markets development that purchase carbon farming generated credits as ways of meeting NDC emission reduction targets.

This study provides a basis and a blueprint for Agriterra and the community of practice for promoting and scaling up carbon farming practices and sequential steps for carbon credits integration with cooperatives in Uganda and other developing countries. Carbon credits integration amongst cooperatives should be on the basis of on-farm economic and ecological benefits but not for promised profitability. Grounded studies and pilots in prospective areas and cooperatives are required for precision about zonal agroecological, carbon stocks and social-environment impact assessments prior to scaling. Alliances and partnerships for technical and financial instruments with project developers, offsetting and in setting transnational corporations and private sector corporate social responsibility programs and emission reduction organisations are a pre-requisite for intermediary organisations such as Agriterra and the community of practice. 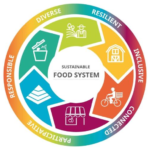 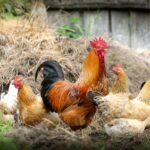